In a series of posts we present the current developments in gender equality in the GEinCEE CoP’s member organisatons. Read a post written by Petroula Mavrikiou from Frederic University.

Frederick University is an energetic and vibrant private university operating in the Republic of Cyprus, a member state of the European Union which lies in the crossroads of Europe, Africa and Middle East. Frederick University employs about 290 (fte) academics, has on average 4500 students enrolled and it is comprised of 5 Schools. The mission of Frederick University is the provision of learning opportunities through teaching and research in the areas of science, technology, literature, and the arts, as well as the systematic contribution to the wider social context.

Despite the lack of official Gender Equality Plans in Frederick University, the last two years some significant steps have been taken towards this direction. One of the most critical step that was taken was the signing of the Memorandum of Understanding in 2019 between Frederick University and the Community of Practice (CoP) Gender Equality in Central and Eastern Europe (GEinCEE) of the ACT-on-Gender Project. As a representative of Frederick University in the CoP GEinCEE I am committed to learn and exchange knowledge and expertise with the rest of the CoP members in order to bring institutional change towards gender equality in my University.

Among the changes we have seen since our involvement in the Community of Practice are the following:

The university has acknowledged the benefits academia and the society have as a whole, when more women and girls are involved in all aspects of the public sphere and in particular in research and education. Therefore, the university is currently:

Of course, there are many topics that are yet to be addressed at the university such as: 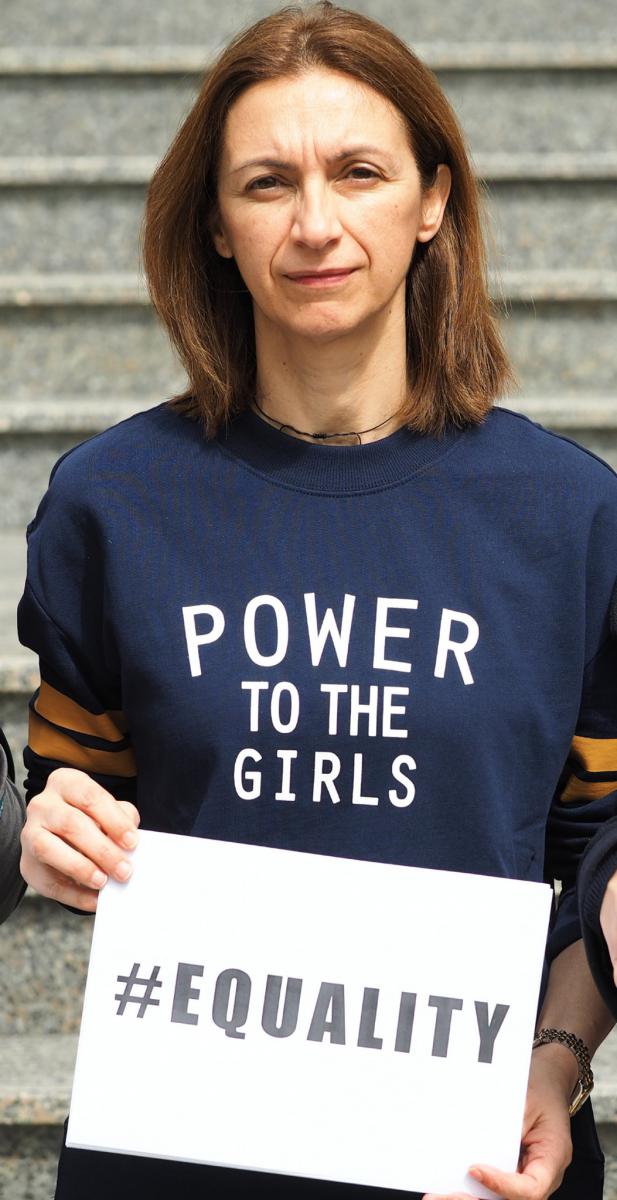 Photo taken on the 6th of March 2020 at the premises of Frederick University during the initiative that took place across Cyprus called “Time is Now”, when women stopped working for one hour, in order to demonstrate women’s presence through women’s absence.