The Community of Practice for Gender Equality in Central and Eastern Europe (GEinCEE CoP) met for the third time live on 20th of November 2019! 17 participants from 3 countries arrived to chilly Vilnius to discuss the theme of resistances to gender equality policies and possible strategies to overcome the existing barriers.

Lithuanian Social Research Centre in Vilnius was a caring host of the meeting of the GEinCEE CoP. Beyond the discussion over the overarching theme, the purpose of the meeting was to learn about the status of gender equality in Lithuanian universities, plan the survey research to be conducted by the CoP institutions, participate in a workshop at the European Institute for Gender Equality and to strengthen networks between the GEinCEE CoP’s members.

The participants were warmly welcomed by dr. Sarmitė Mikulionienė, the Director of the LSRC and by Inga Gaizauskaite, the Director of the Institute of Sociology of the LCSR as well as by COP facilitators from the Jagiellonian University (represented by dr Ewa Krzaklewska).

The meeting was a great opportunity to learn about the developments in gender equality issues in Lithuanian academy. The first speaker, Virginija Šidlauskienė, gave an insightful analysis of the lessons learned during the 1560 days of implementing a Gender Equality Plan at Šiauliai University. One of elements of the success formula includes underpinning any gender equality interventions with a theory of change, which can be formulated as: “if we conduct any A activities, to produce B outputs, in C settings, then we will produce D outcomes, which will ultimately contribute to E impacts”. Our next speaker, Aurelija Novalskaitė, gave a comprehensive overview of the current status of equality and diversity at Vilnius University and sketched out the plan for implementing a gender equality plan. Both presentations affirm that European projects focusing on gender equality in science and academia play an important role in introducing gender equality measures in universities as implementing a GEP at Šiauliai University was assisted by the participation in the H2020 INTEGER project and Vilnius University starts the implementation process as a partner of the H2020 SPEAR project. 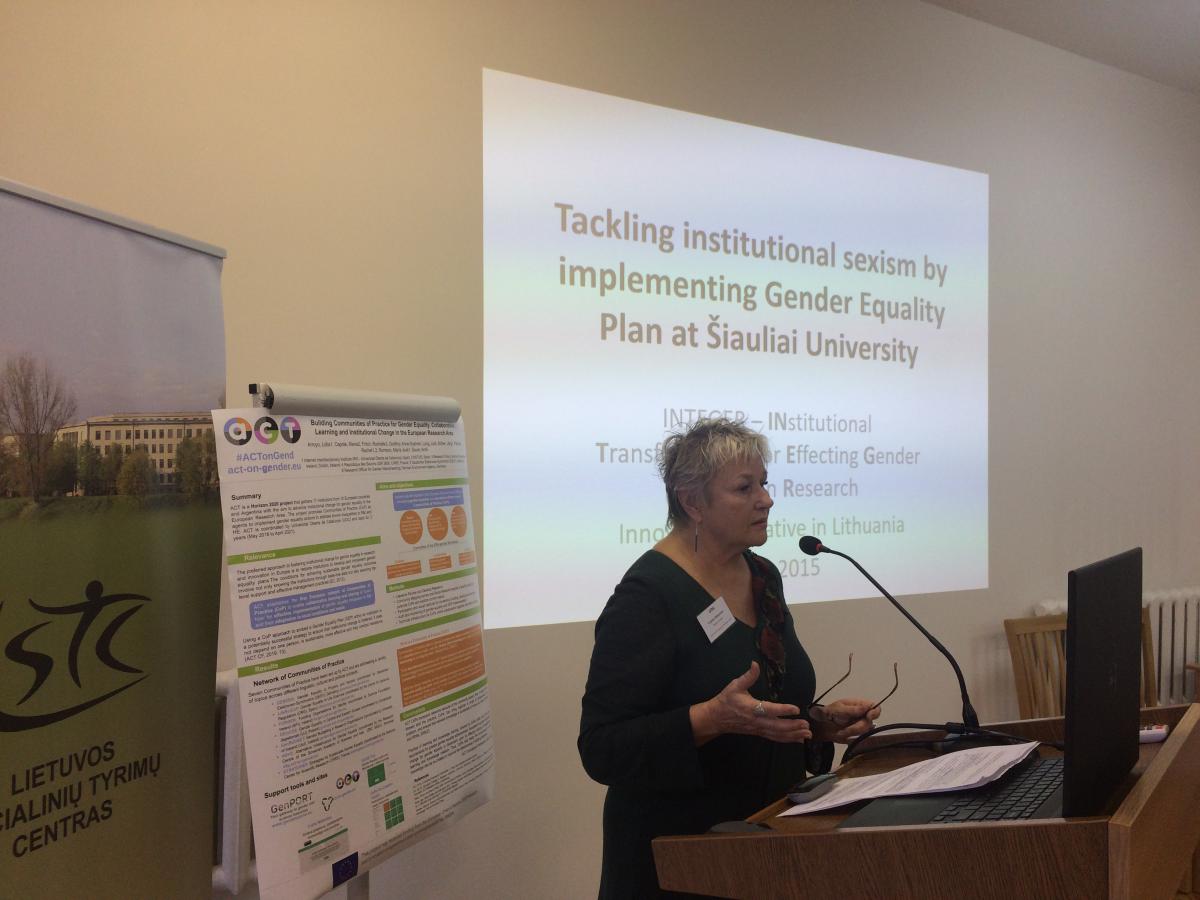 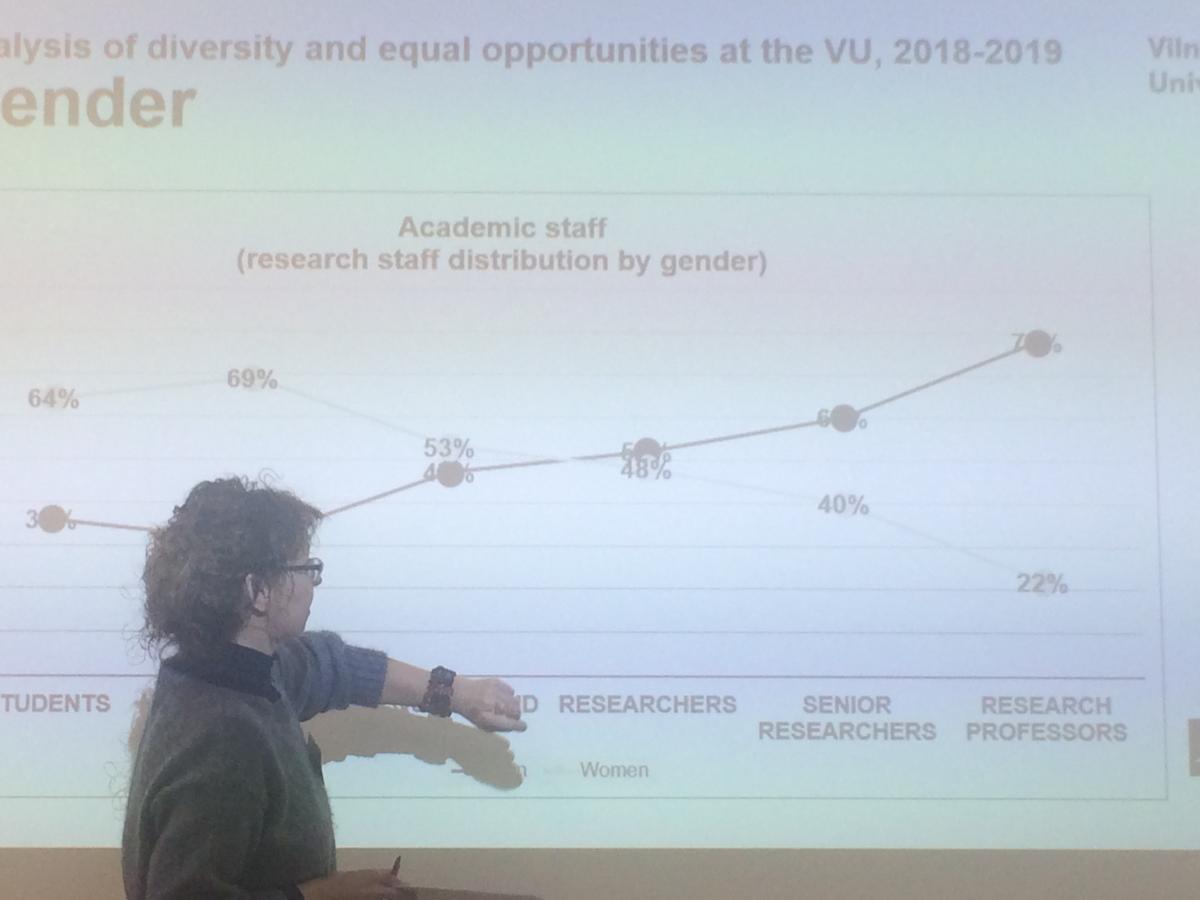 We also used the meeting as the opportunity to start us getting ready for the forthcoming usage of Gender Equality Audit and Monitoring (GEAM) tool survey. GEAM is an online, comprehensive, customized, modular questionnaire designed by the H2020 ACT project to measure and benchmark progress towards gender equality in research organisations. The survey will be launched in January/February 2020. The core part of the questionnaire – covering the themes of working conditions, attitudes and bias, organizational culture, behavior and interpersonal relations – will be available in a few languages, including English, French, German, Lithuanian, Polish, Slovenian and Spanish. The participating organisations will be also able to adapt the survey to their organizational specificities and needs and choose from a number of optional modules within the general core themes.

In the afternoon we participated in the workshop “Mainstreaming gender in academia and research” at the European Institute for Gender Equality (EIGE), the only EU agency focusing on gender equality. The main areas of the EIGE’s focus were discussed and the Gender Equality in Academia and Research (GEAR) tool, a step-by-step guide for establishing a gender equality plan, was presented. Together with the EIGE experts – Barbara Limanowska, Dimitrios Tsoutsias and Elena Anchevska – we exchanged experiences on barriers to implementing structural change in research and academia. 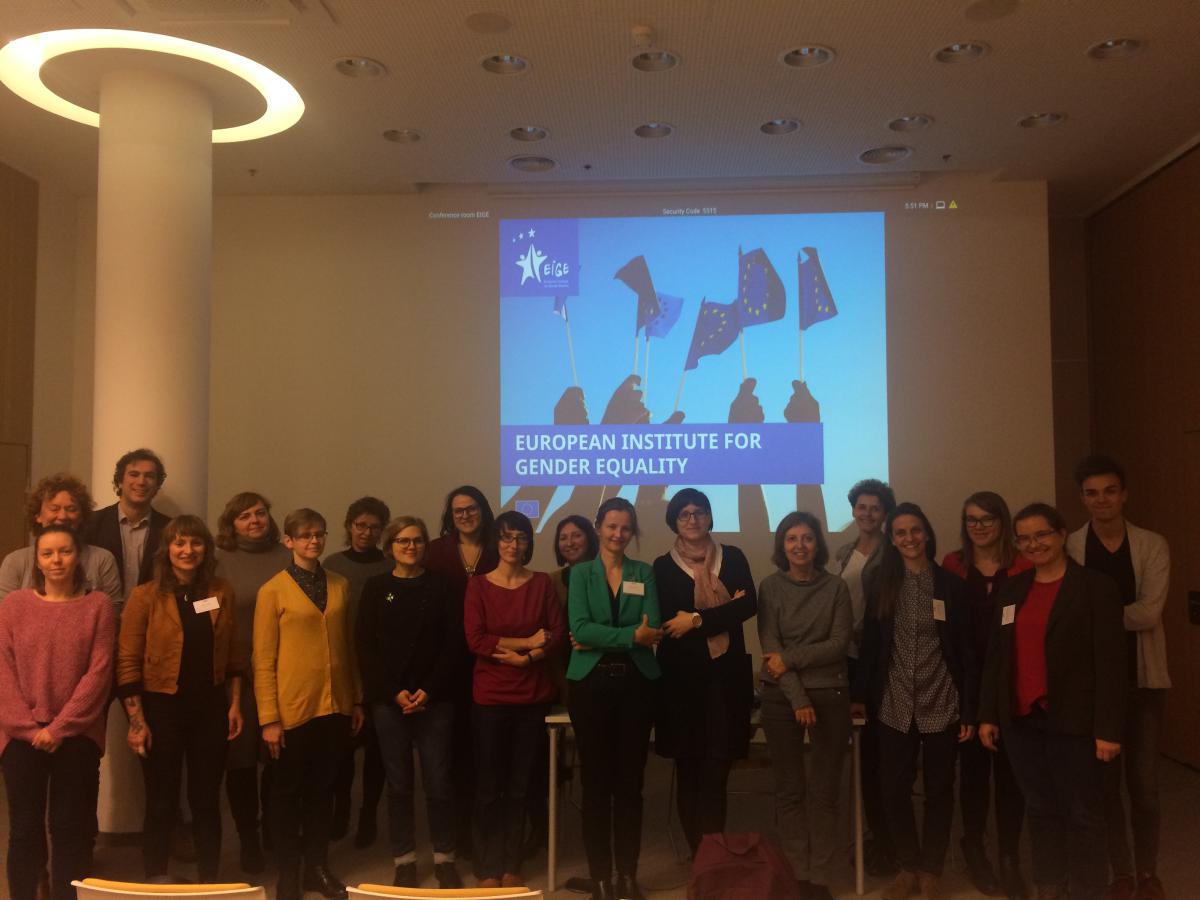 In the days following the GEinCEE CoP’s meeting its’ participants had an opportunity to take part in an international conference “Gender Studies and Research in 2019: Centenary Achievements and Perspectives” (21-23.11.2019). The conference was organized by the Gender Studies Centre at the Faculty of Communication of Vilnius University to commemorate the 100 years anniversary of women’s right to vote in Lithuania and many other countries. Among various themes, the issues of gender and science were well represented at both plenary and parallel sessions. Among others, the members of the GEinCEE CoP presented their research on gender and academia in Central and Eastern Europe, including Virginija Šidlauskienė (“Comparative presence of sexual violence and harassment at Universities of Cyprus and Lithuania”), Magdalena Żadkowska (“What can be done to break or stop constructing the maternal wall in biotechnology? The notes from implementing the structural change”), Olga Kotowska-Wójcik (“Women in science in Poland”), Patrycja Chudzicka-Dudzik (“Can the spectator be female? The issue of gender in film studies”) and Ewa Krzaklewska, Marta Warat and Paulina Sekuła (“Implementing gender equality in academia in Central and Eastern Europe: achievements, barriers and a way forward”). 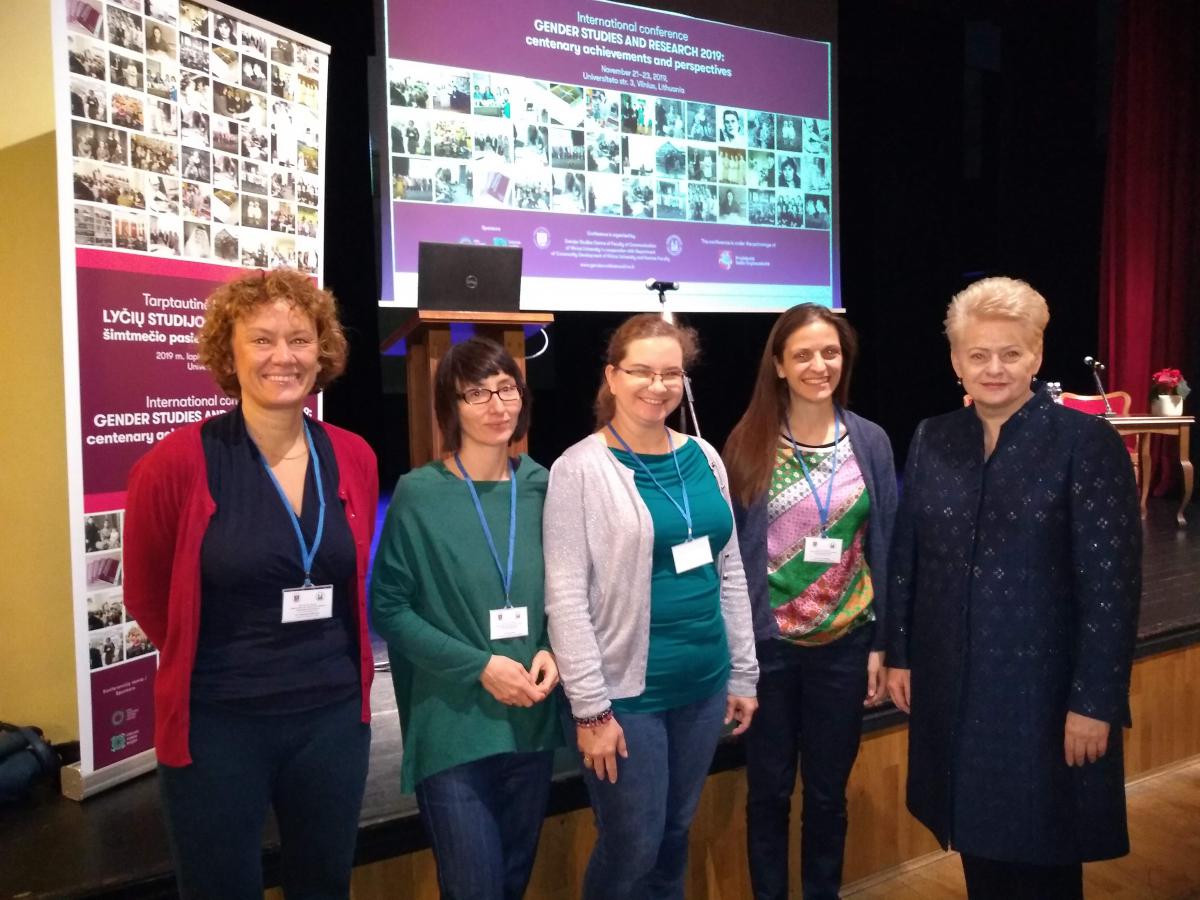